Typeface
Motion
Oatmeal is a quirky variable typeface designed for versatility and motion. Its design is also an exploration into legibility in regards to the movement of letterforms. Originally inspired by ambiguous aquatic lifeforms, Oatmeal's letters combine gentle slopes and abrupt sharpness to create fun imagery. Oatmeal includes a 26-letter uppercase alphabet, standard numerals, and a handful of punctuation.

Oatmeal's very first iteration as a concept was derived from a simple logo I did in which I combined the letters C and E to make a wiggly jellyfish. While the logo was eventually trashed, I became interested in how movement could be conveyed through the shape of the letterforms. After much work and reworking came Meba, the typeface inspired by the often-overlooked amoeba (clever, huh?). 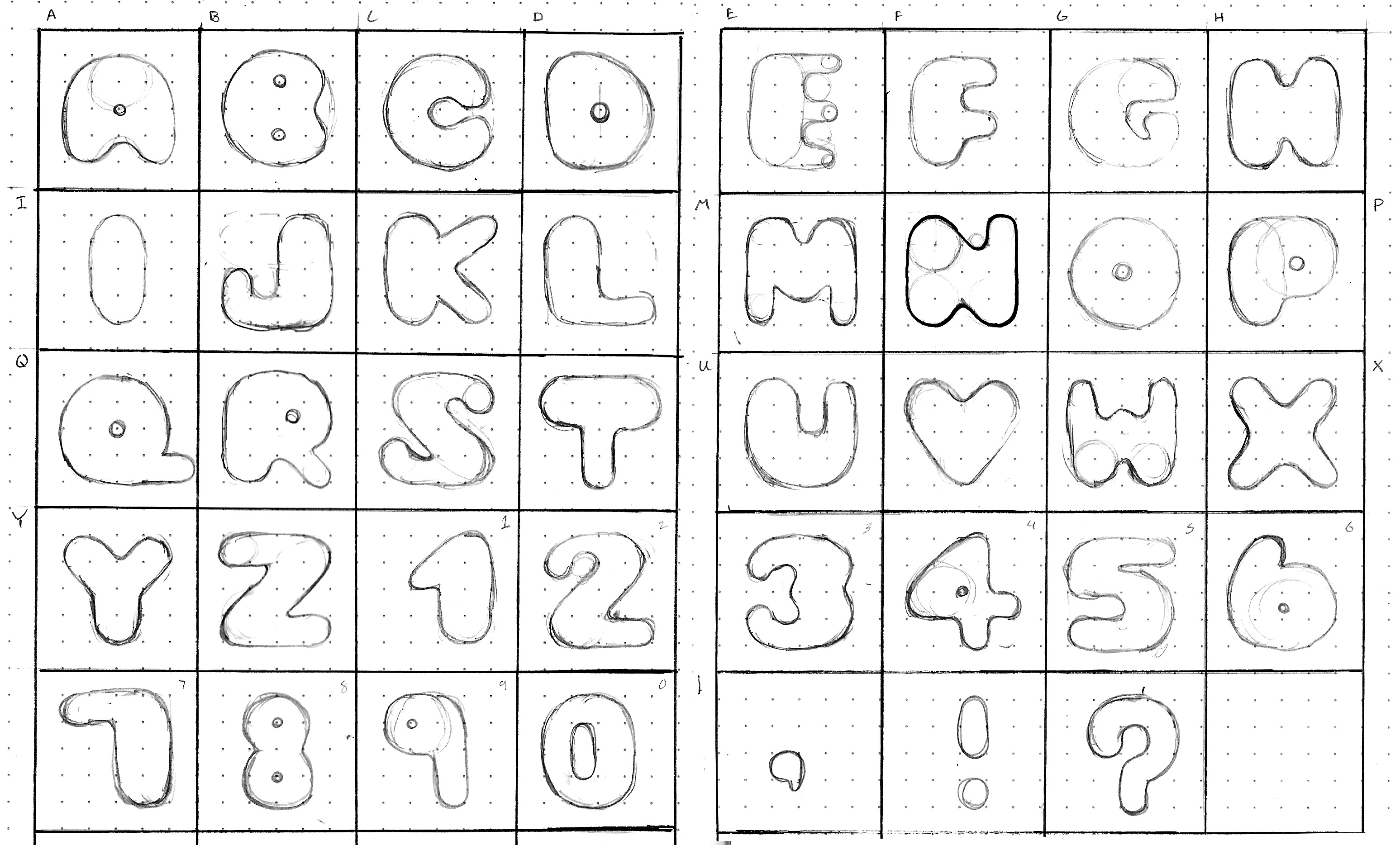 Using a square grid, Meba was a simple, blocky, monospace font. However, my grid was too strict and the lightest weight of Meba lacked a sense of movement and cohesiveness, and I was overall unsatisfied. Some letters were too quirky, and others too plain. I went back to the drawing board to try to find some balance. 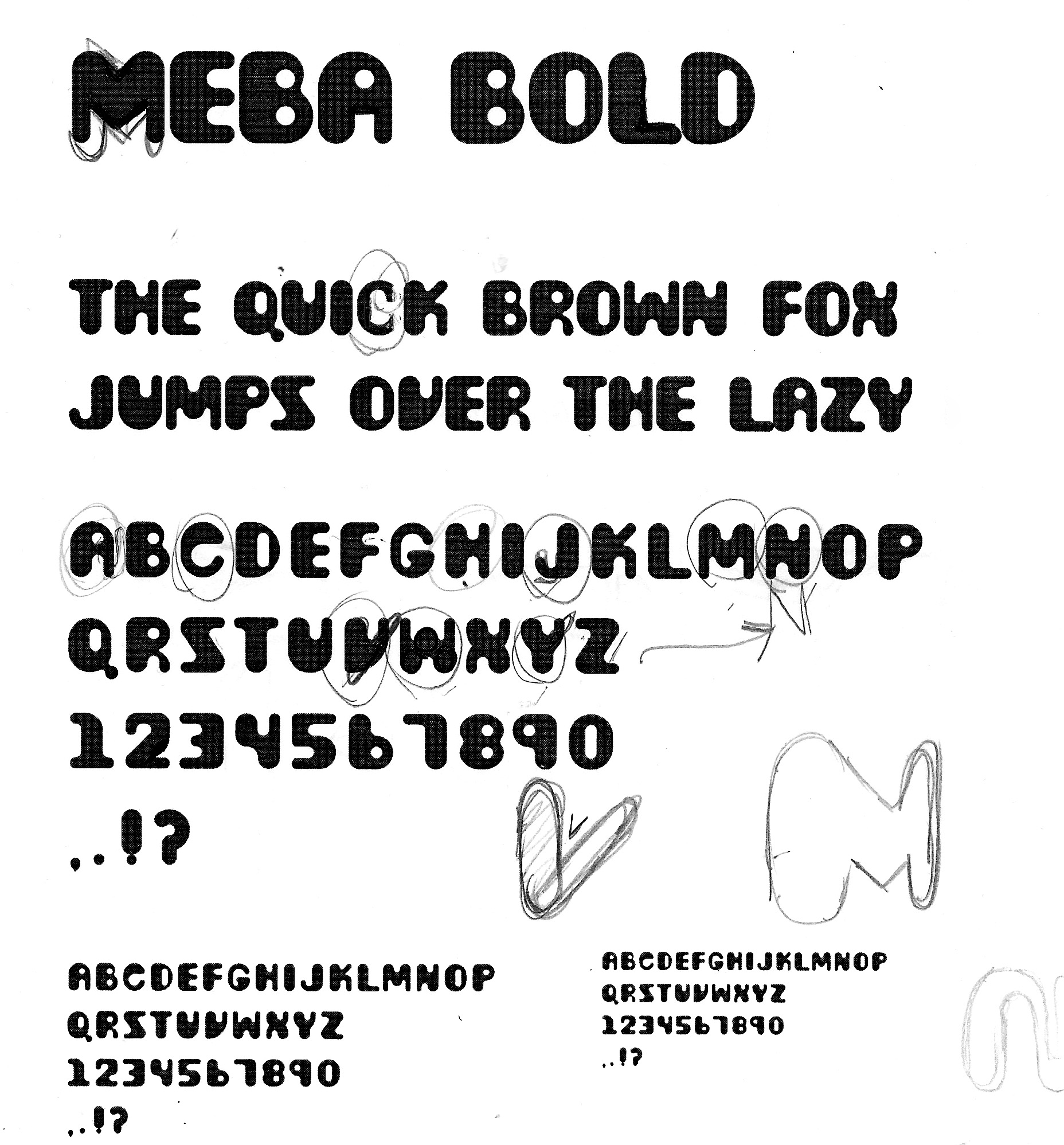 After more fiddling and refining I decided that there is, in fact, some balance in contrast. So I embraced the quirky and bland aspects that inherently exist in some letters and completely rebuilt Meba to create Oatmeal. More narrow and distinct, Oatmeal strives to take full advantage of variable font technology and allow its user to find the point of “just right.” This image highlights the more finalized iterations Oatmeal went through before getting to the version showcased above.

This was a fun, challenging and interesting project. It received Undergraduate Research Fellowship funding from Texas State University (Tri-M Foundation Endowment), and the “final” version was to be unveiled and exhibited at Texas State University's Honor College in April 2020. Unforunately, the event was impeded by a global pandemic. Still, I plan on frequently updating and refining this font to further my exploration and understanding of type in motion.
Thanks to Dana Salinas for helping me find a solution for that pesky E, Danielle Romo at Codepen for the original demo slider code, and Alice Lee for working with me to make this project possible.